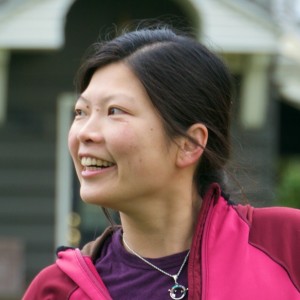 Szu-ting Yi was born in Southern Taiwan and at age 5 moved to Taipei with her family. As her father was an immigrant from Hong Kong, Szu-ting speaks fluent Mandarin Chinese, in addition to understanding conversational Cantonese and communicating in Taiwanese.

Szu-Ting founded LittlePo Adventures because of the desire to encourage cultural exchanges between the East and West. Based in the United States when she’s not traveling, Szu-Ting understands both cultures, and has organized and guided tours in Western China and the Tibetan Plateau for many years. 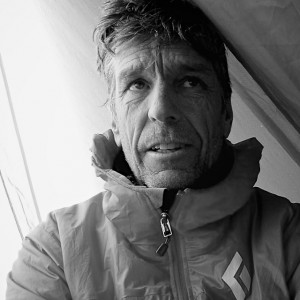 As a young boy growing up in New England Dave was fascinated by the natural world. He developed a keen interest in watching birds and other wildlife. Later in high school Dave was introduced to rock climbing and immediately fell in love with the vertical world. Dave continued to develop his climbing skills while attending the University of Maine and began instructing for Maine Bound, the outdoor adventure program at the university.

After receiving his degree in wildlife biology, Dave participated in many environmental research projects studying everything from songbird nesting habits to global warming. In 1992 Dave moved to Alaska and began guiding full time, leading white-water rafting trips on the Kenai Peninsula and wilderness adventures in Denali National Park

Dave worked at the National Outdoor Leadership School as a senior instructor for 16 years. He taught rock climbing, mountaineering courses, developed curriculum and conducted staff trainings. NOLS provides him with the opportunity to visit wild places for extended periods of time. As a result, He get to share my knowledge and enthusiasm with young people who are excited to learn about the world around them.

In addition, he has been a professional photographer and writer for the past fifteen years. His work has appeared in various publications including Climbing Magazine, The American Alpine Journal, National Geographic, The New York Times, Sports Illustrated, INC Magazine,Patagonia, Black Diamond,  Globe/Pequot Press and NOLS. He has also given over 200 multi-media presentations about his adventures.

At LittlePo Adventures, he uses his knowledge gained through 30 years of environmental education and guiding experience to help develop and lead trips in Taiwan, China and Mongolia.

When he is not working, he is pursuing his own adventures in a variety of mountain landscapes worldwide. His expeditions has taken him to fifteen different countries on four continents. From long traverses in the Winds and Tetons Mountains of WY, to Grade VI big walls in Pakistan, to mixed ascents in Patagonia, to crossing the Gobi desert by camel, he enjoys it all. 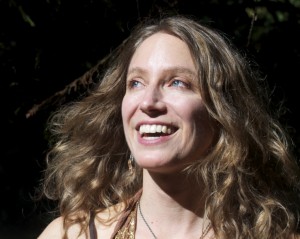 Karen Joy Fletcher, MPH, cultural anthropologist, writer and qigong instructor, loves sharing her passions of qigong, dance and wilderness training with people around the world. She is a personal student of ZY Qigong Grandmaster Xu Mingtang, has trained and traveled with him at Shaolin Monastery in China and worldwide. She also speaks Mandarin Chinese, is a student of Master Chinese Medicine doctor, Dr. Zhao Fuxue, and serves as his interpreter when in the U.S. In addition, Karen has trained for years with Mick “the Barefoot Sensei” Dodge and offers unique qigong and Earth-based movement programs in the wilderness, city parks and at retreat centers, including Omega Institute in New York. Karen loves the synergy, passion and unique experiences she and Szu-ting bring to their participants through their Qigong & Wilderness treks they offer in Western China. She is also the innovator of Qi Dancing, founder of a monthly family dance jam and enjoys leading the Women of Wisdom QiDances. See www.qidancing.com.You can also read up on her China travel adventures, treks and studies at www.qidancer.blogspot.com and some of her nature writing and Earthgym work at www.theEarthgym.com and www.MickDodge.com.